Although being regarded as a common disease, HCMV infections might cause severe consequences for immunocompromised patients and those with a history of bone marrow or organ transplants. The infection can cause, among others, sensorineural hearing loss among newborns and CMV syndrome. Today, antiviral agents such as Ganciclovir (GCV) and Valganciclovir are the most common clinical treatments for patients with such infections by targeting the viral DNA polymerase.

The research done at BioMAX, led by Prof. Pål Stenmark from Stockholm University, Sweden, focused on the role of NUDT15 on Ganciclovir’s antiherpes function. The research team found that human NUDT15 enzyme hydrolyzes the active metabolites in the medicine and therefore limit its efficacy for such antiviral treatments. “This has implications on how the medicine is used, such as the dose that would be effective for treatment,” explained Stenmark.

Biochemical analyses was used to bring forward the data on the study, while its binding modality is observed through NUDT15/GCV-TP co-crystal structure.

“The data from MAX IV have made it possible to see how inhibitors and substrates bind to human NUDT15 enzymes with atomic accuracy,” explained Stenmark.

Although the knowledge of NUDT15 enzymes and their effects on pharmaceutical drugs are acquired, their natural function is still unknown. The group of researchers would like to dig deeper into this.

“The natural function of the enzyme is something we would like to explore further (6),” explained Stenmark. 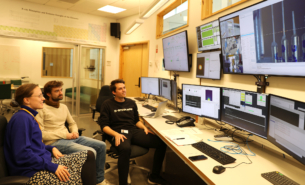 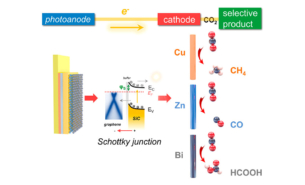